Located in the heart of Brooklyn at 305 Atlantic Avenue, Wayne Herman???s Minuteman Press franchise is surrounded by competition. His digital print, design and marketing center still manages to stand out and reel in customers, and as a result, Wayne has earned his way into the Minuteman Press International President???s Club for top performers.

BROOKLYN, N.Y.--Wayne Herman’s Minuteman Press franchise is located in the heart of Brooklyn at 305 Atlantic Avenue. With competition all around him – “there are five printers within walking distance of my center,” Wayne says – his digital print, design and marketing center still manages to stand out and reel in customers. Taking all of that into account, Wayne’s latest accomplishment is even more impressive. He has just earned his way into the Minuteman Press International President’s Club for top-performing franchises not just in Brooklyn or New York, but around the world. 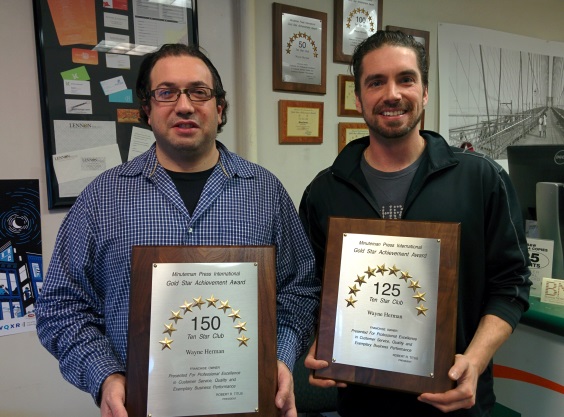 Leaving Corporate America Behind for the American Dream in Brooklyn

Before owning his own business in Brooklyn, Wayne Herman worked in the finance industry. “I worked for Citibank until 2007, just before the big financial crisis,” he says. As luck would have it, Wayne was passed over for a key promotion on several occasions, and so he explored other options before the Great Recession took hold and forced him out of corporate America anyway.

One of those options turned out to be Minuteman Press. Franchising made sense for Wayne because he knew he wanted to start his own business but didn’t want to do it alone. Wayne flirted with the food industry at first, but he came to find that he “did not have the money or experience required to get involved there” and that “the food services industry just wasn’t a good fit for me.”

As for why he chose Minuteman Press out of all of the other franchise opportunities that were available to him, Wayne states, “When I saw the reasonable startup costs for Minuteman Press and the help and ongoing support that the franchise offered to new owners, I thought this was a good idea. Also, the fact that there were no centers in Brooklyn at that time made me really want to start one in that area.” 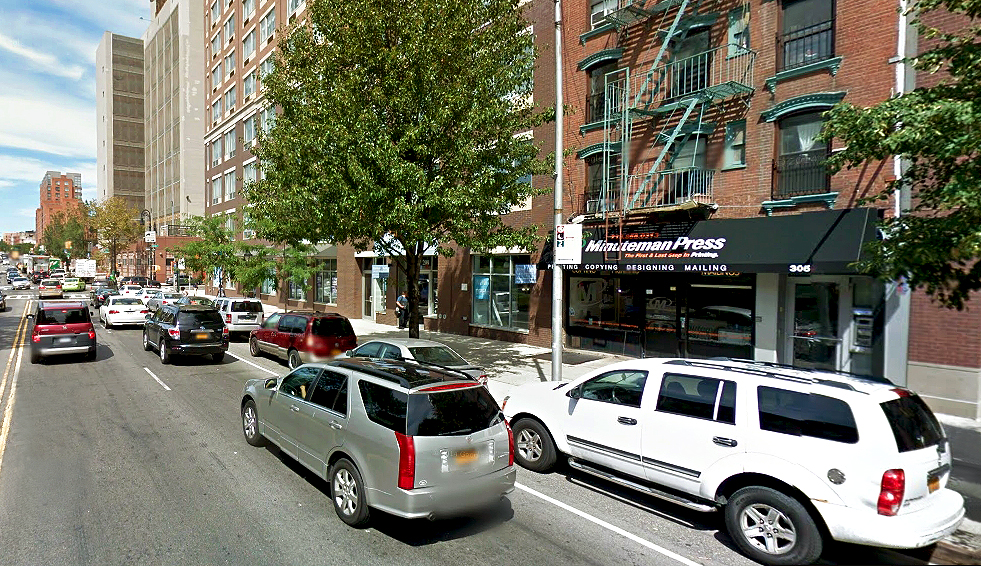 “There is definitely a lot of competition in Brooklyn and Manhattan,” Wayne says. “What I have learned is that you have to develop your own niche and provide the highest level of quality and service along with fast turnaround.” When it comes to pricing, Wayne says his Minuteman Press center is somewhere in the middle, and that it’s important to not compete solely on pricing. “I’ve found that sometimes you just have to let certain potential clients walk out the door when all they care about is the cheapest price,” he adds.

Wayne also cites the “high brand recognition of the Minuteman Press name” as a huge reason he is able to acquire new customers in Brooklyn and Manhattan. He then is able to retain a high percentage of clients by producing quality work and making deliveries on time all across the five boroughs. He elaborates, “I’ve found doing deliveries to your clients is a must. This can be time consuming because of the traffic in Brooklyn and Manhattan, as well as some of the logistics that come along with making deliveries to office buildings. However, I have found that most clients appreciate that you delivered their job to them, and if you don’t offer timely deliveries they will simply find someone else who will.”

Attracting Potential Customers Online and Converting Them into Clients

Minuteman Press International offers a search engine marketing program to all franchise owners. Wayne Herman was an early adopter of this program as soon as it was made available because he sees the value in getting potential customers’ attention online and converting them into clients. “I would say the Minuteman Press search engine marketing program has helped me double my business since its introduction. As I had mentioned earlier, I do 50 percent of by business in Manhattan, so the SEM program helps me advertise in those areas where door to door marketing isn’t practical for numerous reasons.”
“We strive to put programs in place to help our owners succeed,” notes Brian Sisti, Minuteman Press International Area Manager for Brooklyn and Long Island. He adds, “We are thrilled that Wayne has taken full advantage of our search engine marketing program as well as the many other resources and support we are happy to provide on an ongoing basis.”

As for customer retention, Wayne offers the following advice to any entrepreneur or business owner, saying, “The best way to retain a customer is go deliver jobs on time and with the best possible quality. If there is an issue, do your best to resolve the problem right away. I find that this keeps clients coming back, and I’ve also found that getting jobs done quickly is important as well. I work with a lot of nonprofit organizations that have tight deadlines and they might not be able to get the final approved materials and orders into me until the last minute. With them and all of my clients, I find that if you put in that extra effort to get the job done as quickly as possible, it goes a long way in keeping them happy and generating repeat business.” 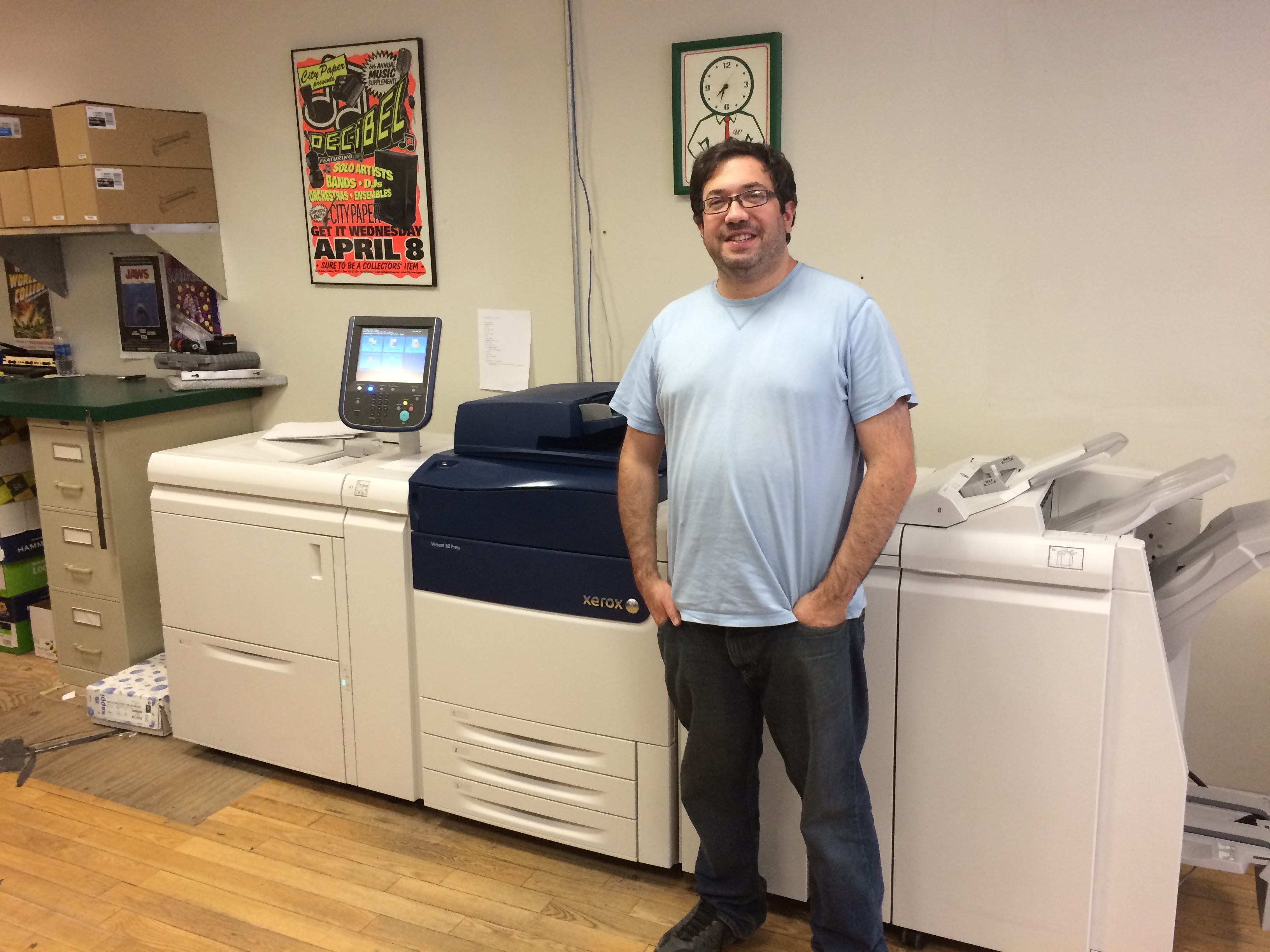 Wayne Herman’s Minuteman Press franchise opened its doors in March 2008. Despite the recession that affected so much of the corporate world especially in New York City, Wayne was able to start his business in Brooklyn and thrive in the face of it all. Eight years later, he now has one of the top-earning Minuteman Press franchises throughout the entire Minuteman system. As a result, Wayne is the newest member of the Minuteman Press International President’s Club, which celebrates top-performing franchises and recognizes them for their efforts.

“Wayne’s addition to the President’s Club for top performers is purely the result of his hard work, his ability to follow the program, and his desire to be there for his customers in any way he can,” says Jim Hill, Vice President, Minuteman Press International. He adds, “We are proud to support Wayne and look forward to many more great years ahead.”

Wayne Herman is also the first person to stand up and say he could not have done it alone. He credits “all of the resources and tools that Minuteman Press has made available to us” as a crucial part of his success. On this point, he adds, “This includes being able to take advantage of the vendors that help us meet the unique needs of our customers, as well as the amazing support that can be found both on the corporate side and with other Minuteman Press franchise owners.”