Recognized as an invaluable resource for potential franchisees, the Franchise 500 ranks FASTSIGNS as #55 the only sign, graphics, and visual communications franchise to be recognized in the top 100 for its outstanding performance in areas including unit growth, financial strength and stability, and brand power. 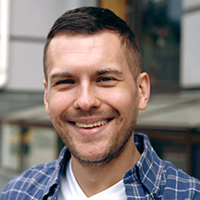 FASTSIGNS International, Inc., franchisor of FASTSIGNS®, the leading sign, graphics and visual communications franchise, announced today it has been ranked the #1 franchise opportunity in its category in Entrepreneur magazine's Franchise 500® for the fourth consecutive year. Recognized as an invaluable resource for potential franchisees, the Franchise 500® ranks FASTSIGNS as #55 — the only sign, graphics, and visual communications franchise to be recognized in the top 100 — for its outstanding performance in areas including unit growth, financial strength and stability, and brand power.

'This is an incredible way to mark FASTSIGNS' 35th year in business — being recognized by Entrepreneur Magazine for our continued position as the leader in our category. The FASTSIGNS brand has never been stronger, which is a testament to our outstanding franchisees, excellent franchise support team, strong unit-level economics, as well as the strength of our franchise opportunity,' said Catherine Monson, CEO of FASTSIGNS International, Inc.

FASTSIGNS reported exceptional results in 2019, including the signing of 35+ franchise agreements in the U.S and Canada. to develop new, co-branded, and conversion centers and the opening of over 30 locations. Internationally, FASTSIGNS opened its first locations in Chile, Malta, and France, and signed an additional master franchise agreement to develop centers in the Dominican Republic.

This year, FASTSIGNS is aiming to sign 45+ franchise agreements and enter several new countries. In the U.S., the brand is targeting growth in markets like Michigan, Southern California, Florida, New York City, Boston and the northeast corridor. FASTSIGNS also is continuing to seek qualified candidates to grow its international footprint in target markets throughout the world, including Québec, New Zealand, and Brazil, as well as countries throughout North Africa, Southwest Asia, Latin America, and Europe.

For any existing business looking to expand into this fast-paced market, FASTSIGNS offers co-brand and conversion programs to help owners diversify their product lines and services to meet the growing demand for comprehensive signage and visual communications solutions. FASTSIGNS has helped countless owners of print shops, photography studios, camera stores, embroidery shops, and more, add a FASTSIGNS to their existing business or fully convert their store to a FASTSIGNS franchise. FASTSIGNS franchisees receive ongoing training and support to stay ahead of the competition and exceed the needs of their local business community. Both the co-brand franchise opportunity and conversion can be started with only $15,000 down on the initial franchise fee.

FASTSIGNS also offers a special incentive for first responders, including paramedics, emergency medical technicians, police officers, sheriffs, and firefighters, which includes a 50 percent reduction on the franchise fee — a savings of $24,875.

FASTSIGNS International, Inc. celebrates its 35th anniversary in business in 2020 as the leading sign and visual communications franchisor in North America, and is the worldwide franchisor of more than 700 independently owned and operated FASTSIGNS® centers in 9 countries including the United States, Canada, Chile, England, Grand Cayman, Puerto Rico, the United Arab Emirates, Malta, and Australia (where centers operate as SIGNWAVE®).