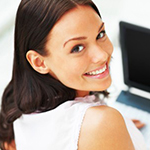 FASTSIGNS International, Inc., franchisor of FASTSIGNS®, the leading sign, graphics and visual communications franchise, has been named to the 2019 America's Best Franchises to Buy list by Forbes magazine. Forbes and industry research firm FRANdata analyzed 3,300 active brands spanning five years and identified the 30 best franchises to invest in in the high-, medium, and low-investment categories. FASTSIGNS is the only franchise in the sign, graphics and print industry to be ranked, having been recognized as a top medium-investment franchise for its system sustainability, system demand, value for investment, franchisor support, and franchisor stability.

'FASTSIGNS is incredibly honored to have earned a spot on the 2019 Best Franchises list,' said Mark Jameson, Executive Vice President of Franchise Support and Development. 'Our commitment to providing franchisees worldwide the tools and resources vital to succeeding in their local markets, coupled with our dedicated support team, strongly attribute to this achievement. This recognition comes on the heels of FASTSIGNS closing out two quarters of strong growth in the first half of 2019, and we're looking forward to continuing the momentum throughout the rest of the year.'

FASTSIGNS has opened 11 locations in 2019, including four in Santiago, Chile, and domestically in San Diego and Windsor, California; Douglasville, Georgia; Concord, North Carolina; Spring Hill and Boynton Beach, Florida; and San Antonio, Texas. The brand will also celebrate the opening of its first location in Queens, New York, in July.

Additionally, FASTSIGNS has signed 20 franchise agreements in 2019 to develop in markets such as Mount Pleasant, South Carolina; Pikeville, Kentucky; and Tracy, California. FASTSIGNS is recruiting franchisees globally, with a focus on urban markets throughout the Northeastern United States — including New York City, Long Island, Boston, Providence, and Portland — as well as finding master franchisees for Québec, Europe, Latin America, and other international markets.

FASTSIGNS is known in the industry for equipping its franchisees with tools vital to securing the ongoing success of each individual location. In 2018, FASTSIGNS announced the launch of a special incentive for first responders, including paramedics, emergency medical technicians, police officers, sheriffs, and firefighters, which includes a 50 percent reduction on the franchise fee — a savings of $24,875.

FASTSIGNS International, Inc. was ranked the #1 franchise opportunity in its category and 95 overall on Entrepreneur magazine's 2019 Franchise 500®, the world's first, best and most comprehensive franchise ranking. Acknowledged by entrepreneurs and franchisors as a top competitive tool of measurement, the Franchise 500® recognizes FASTSIGNS, the only sign, graphics, and visual communications franchise to be recognized in the top 100 for its exceptional performance in areas including financial strength and stability, growth rate, and brand power. FASTSIGNS also made Franchise Direct's list of the Top 100 Franchises 2019 and ranked #2 on this year's Franchise Gator Top 100 list, both ranking the best franchises for 2019. FASTSIGNS has also been ranked by Franchise Business Review as one of the 'Best of the Best' for franchisee satisfaction for the last 10 years. Additionally, FASTSIGNS was also named to Franchise Business Review's 'Innovative Franchises' list in 2017 and a 'Best-in-Category' franchise by Franchise Business Review in 2018. In 2019, the Canadian Franchise Association (CFA) awarded FASTSIGNS International, Inc. the Franchisees' Choice Designation for the seventh consecutive year for its strong relationship with Canadian franchisees, as well as extensive franchisee training and support.

FASTSIGNS International, Inc. is the leading sign and visual communications franchisor in North America, and is the worldwide franchisor of more than 700 independently owned and operated FASTSIGNS® centers in nine countries including the United States, Canada, Chile, England, Grand Cayman, Mexico, Saudi Arabia, the United Arab Emirates and Australia (where centers operate as SIGNWAVE®). Locations are slated to open in two additional countries - Malta and Spain - in 2019.

FASTSIGNS locations provide comprehensive signage and visual graphic solutions to help companies of all sizes and across all industries attract more attention, communicate their message, promote their products, help visitors find their way and extend their branding across all of their customer touch points.

FASTSIGNS International, Inc. is a recipient of many awards, including being ranked the #1 franchise opportunity in its category in Entrepreneur magazine's Franchise 500 for the past three years, and Best-in-Category in the business services sector on Franchise Business Review's list of the top 200 franchises for multiple years.