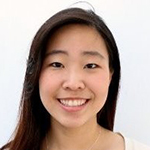 As drowning remains the number one cause of injury-related death among children ages 1 to 4, taking the lives of three children in the United States every day, Goldfish Swim School and Murphy are committed to making a positive impact to help lower these staggering statistics. The partnership came naturally as Murphy is an Ambassador of the USA Swimming Foundation, the philanthropic arm of USA Swimming, where Goldfish Swim School is an official sponsor. Recently Goldfish Swim School committed to raising $1 million for the USA Swimming Foundation’s ‘Make a Splash’ initiative – a national child-focused water safety campaign that aims to provide the opportunity for every child across the country to learn to swim.

“The people at Goldfish Swim School are first class, and I could not be more excited to partner with this rapidly growing company as we work together to bring awareness to this very important issue,” said Murphy. “Swimming is the only sport that is also a life-saving skill and it’s refreshing to come across a brand that is so committed to water safety and passionate about teaching kids how to swim. This sport has impacted my entire life and it’s my hope this partnership will help inspire kids to get into the pool.”

Murphy has emerged as the world’s best backstroker and reigning U.S. Male Swimmer of the Year. He made his mark on the international stage by winning three gold medals and setting a world record at the Rio 2016 Olympic Games. He followed up his standout performance in Brazil with two gold medals at the 2017 FINA World Championships (4x100m medley relay, 4x100 mixed medley relay), along with a silver in the 200m backstroke and bronze in the 100m backstroke. A standout student athlete and University of California, Berkeley, he won the 100m and 200m backstroke at the NCAA Championship four years straight.

“We’re honored to join forces with Ryan Murphy and confident that through our partnership, we can continue to raise awareness about water safety in a big way while providing kids with the opportunity to build their confidence in and around the water while also having fun,” said Jenny McCuiston, Co-Founder of Goldfish Swim School. “This partnership is another step in the right direction as we all work together to provide education, resources, and swim lessons. As parents and founders, we could not be more pleased about this incredible partnership and look forward to the tremendous impact it will have,” added Chris McCuiston, CEO & Co-Founder of Goldfish Swim School.

Goldfish Swim School provides swim lessons and water safety instruction to infants and children ages four months to 12 years, teaching more than 128,000 children how to be safer in and around the water. Each school offers swim lessons and programs using a proprietary philosophy, The Science of SwimPlay®, to build life skills both in and out of the water using play-based learning in a fun and safe environment. The franchise network spans 87 locations across North America and each school’s number one focus and main priority is always the same – educating children on water safety while teaching them how to swim and respect the water.

Founded by husband and wife team Chris and Jenny McCuiston, Goldfish Swim School provides swim lessons and water safety instruction to infants and children ages four months to 12 years. Classes are offered by specially trained instructors in a safe, child-friendly and fun environment using their research-based philosophy called The Science of SwimPlay®. Goldfish currently teaches more than 128,000 students per week to swim and be safer in and around the water. Headquartered in Troy, Michigan, Goldfish Swim School was established in Birmingham, Michigan in 2006, and opened its first franchise location in 2009. They are currently in the process of expanding franchise opportunities throughout North America, with 87 schools open, and an additional 100+  in development in more than 26 states and Canada.