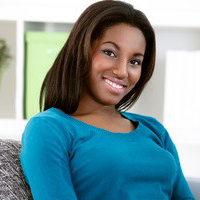 The Morrells, who opened their doors for business May 2018, are celebrating their second-consecutive year of community-driven award recognitions – reflecting both the couple’s commitment to the community as well as Lynchburg’s love for ECW+G.

“None of this would be possible without our amazing team,” said Mike Morrell. “Our high-survey scores and reviews consistently show guests are impressed with the top-notch service, level of care and excellent food quality they receive here. Our front of house and kitchen work well together, and these awards show our guests appreciate the efforts and understand everything we do is with their dining experience in mind.”

The Lynchburg location’s success reinforces the credibility of ECW+G’s well-structured, data-driven franchise model. Even with no previous restaurant experience, the Morrells made a name for themselves by following the proven business model, putting their people first and giving back to the community.

“When you have franchisees that put their community first, embrace and are passionate about the brand, possess the hospitality intellect and execute excellent customer service, it’s no surprise the Morrells continue to rake in accolade after accolade in their marketplace,” said ECW+G CEO Sam Ballas. “The demand is clear, and people from Roanoke frequently make the drive to eat at ECW+G in Lynchburg. That’s why we’re seeking franchise partners who are equally as dedicated to their restaurants and communities as Mike and Leah.”

The franchise has designed and implemented a steady, deliberate growth model for the brand to ensure its development is built on unit-level benchmarking and sustainable EBITDA. Ballas and his leadership team have strategically monitored Lynchburg’s operations and are now seeking qualified franchise partners to expand in other Virginia markets, like Roanoke, Danville and Richmond.

North Carolina based East Coast Wings + Grill is a fast-growing, casual, family-dining franchise that puts the spotlight on buffalo wings. The carefully selected menu has a variety of options to satisfy every family member’s taste buds. With more than 60 locations nationwide currently operating or in various stages of development, the burgeoning franchise recently secured itself a top spot on Restaurant Business Magazine’s “Future 50” list of fastest-growing U.S. mid-size restaurant chains for the second consecutive year. Entrepreneur magazine also named East Coast Wings + Grill one of the nation’s top franchise investments and Franchise Times magazine ranked the company No. 383 on its “Top 200+” list of top revenue-producing U.S. franchises. The concept has also been recognized by The Franchise Grade and Franchise Business Review for transparency during the franchise sales process, franchisee support and overall franchisee satisfaction. For more information about East Coast Wings + Grill or its franchise opportunities, visit www.eastcoastwings.com or www.eastcoastwingsfranchise.com.