As the state of Arkansas is reopening and getting back on its feet, Big Whiskeys American Restaurant & Bar in Siloam Springs has set its sights on a grand opening in July. While the exact date is yet to be determined, Shane Miller, owner of the Big Whiskeys franchises in Northwest Arkansas, determined that responsibly opening was the right call. 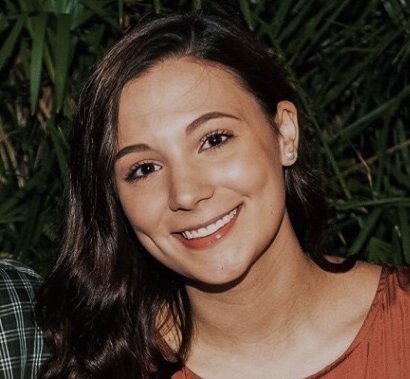 May 22, 2020, Springfield MO — As the state of Arkansas is reopening and getting back on its feet, Big Whiskey’s American Restaurant & Bar in Siloam Springs has set its sights on a grand opening in July. While the exact date is yet to be determined, Shane Miller, owner of the Big Whiskey’s franchises in Northwest Arkansas, determined that responsibly opening was the right call. Miller stated, “Phase one of the state’s reopening guidelines are clear and we are already following them at our Bentonville store. We are confident that we can open the new Siloam Springs location safely. We are prepared to adapt to whatever changes may follow, but for now, all grand opening plans are right on track.”

Big Whiskey’s American Restaurant & Bar will open its newest location in the Shoppes at Siloam. Miller, who inked a three store expansion deal with Big Whiskey’s in November of 2019, never wavered when faced with recent challenges, stating “Our general contractor and the corporate team at Big Whiskey’s have helped me keep this project on track and we’ll be ready to open in July as we had originally planned. We’ve developed a great following in the area with our Bentonville store, and we couldn’t be more ready to bring Big Whiskey’s to Siloam Springs.” Hiring for the new Big Whiskey’s is underway and open interviews will be conducted this Wednesday, May 20th from 11 am to 2 pm at the new location. Training is slated to begin in the next several weeks for the July opening. Applications are always encouraged and can be submitted for any position, anytime on bigwhiskeys.com

Austin Herschend, President of Big Whiskey’s Enterprises, said of the upcoming opening “Shane and the Big Whiskey’s Bentonville team have done a phenomenal job building our brand and our reputation in Northwest Arkansas. The expansion into Siloam Springs was a natural next step. We’ve had our eye on Siloam for a really long time. We can’t wait to be a part of this community that’s doing such great things.” The new restaurant will feature a ten-table outdoor patio, spacious dining rooms, a private dining room that seats roughly 30, as well as a sizable bar area with plenty of large TVs. Guests can expect a warm, family friendly atmosphere where they can also meet with friends for the big game or happy hour.

Big Whiskey’s has planned its opening to coordinate reopening guidelines set forth by Governor Hutchinson, including limited occupancy, the use of masks, gloves and other personal protection equipment and strict social distancing practices. However, plans will be adjusted accordingly throughout the upcoming weeks. In addition to dine-in, Big Whiskey’s full menu will be available for curbside pickup, in-store pickup and delivery for those who still feel safest at home.

Big Whiskey’s was founded in downtown Springfield, MO in 2006 and currently operates in Arkansas, Kansas and Missouri with additional stores in Alabama and Oklahoma, as well as a third Kansas City area location and two additional Arkansas locations slated to open in 2020. Stay connected with Big Whiskey’s on Facebook and Instagram. For more grand opening details, store photos and other exciting updates, follow Big Whiskey’s Siloam Springs on their Facebook page.