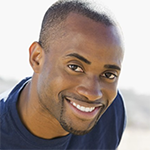 The emerging franchise, which plans to open 300 locations across the country over the next five years, is changing the way people think about facials by treating facials as an ongoing part of a person’s wellness routine. Offering its service in a gender-neutral, design-inspired space, the brand is making it easy for a younger generation of customers to prioritize ongoing skincare treatments with an approachable and affordable membership model.

A hybrid executive with broad experience that touches on training, operations and both domestic and international development, Bock joined Heyday in September of 2020 as its Chief Development Officer. He brings a strong track record in helping franchise brands grow. Throughout his career, Bock has overseen the development, expansion, training and operations of franchise organizations in the beauty service, entertainment and food sectors.

“Sean’s wealth of franchise experience in the health and wellness space and his breadth of knowledge is a huge asset to our company,” said Adam Ross, co-founder and CEO of Heyday. “Heyday’s early success with our franchise growth has necessitated Sean’s promotion to President to oversee our mission of implementing systems and support that rival more mature franchise brands within the next twelve months.”

Prior to joining Heyday, Bock served as the vice president of franchising & licensing at Drybar. While there, he created the brand’s franchise support platform, enabling the company to expand and operate in over 30 franchise markets and opening more than 50 franchised Drybar locations.

“The thing that truly gets me excited about Heyday is the opportunity to help people understand that taking care of their skin is just as important as brushing their teeth on a daily basis,” Bock said. “Everybody brushes their teeth in the morning and in the evening and we’re helping people bring that same level of attention to their skincare by discovering that facials should be a part of a regular, monthly routine.”

Additionally, Bock’s new role at Heyday allows the company to provide professional estheticians a different kind of working environment, following the example of other leading brands.

“It was truly rewarding to see Drybar create an environment for stylists who really enjoyed and excelled at styling hair. Those stylists finally felt like Drybar was their home,” Bock said. “Heyday will provide estheticians the environment that allows them to be creative, have educational support and have a strong peer network. I have no doubt that we will create a platform for thousands of estheticians to thrive and improve their craft.”

Bock says that his goal for the next 18 to 24 months is to open 20 to 25 locations and hire between 15 to 20 estheticians in every shop. His recruitment process for new franchise partners will focus on high-quality candidates, providing them with the support they need to succeed.

“I'm working to ensure that we are recruiting the right franchisees who align with our mission and goals for the future growth of this company,” he said.

Heyday is a fast-growing skincare company on a mission to provide expert skincare that empowers everyone to be their best self. Through a fleet of industry-leading physical stores, Heyday has made the facial experience more accessible and helps consumers achieve their skincare goals with the knowledge and care of talented estheticians. Heyday is changing how we take care of our skin, redefining the future of the skincare industry for the modern consumer.