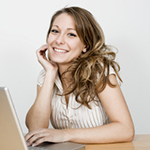 Powered by ONE Cannabis Group, Unity Rd. is Recognized for Bridging the Two Previously Disconnected Worlds of Cannabis and Franchising

DENVER – Unity Rd., powered by ONE Cannabis Group, was named a “Top 100 Game Changer” by Franchise Dictionary Magazine. The annual list is a compilation of the top 100 innovative franchise opportunities in the United States and recognized the Colorado-based franchisor for paving the way for franchising within the complex U.S. cannabis industry.

With industry projections expecting to reach $30 billion by 2025, the highly-regulated sector boasts alluring possibilities for those savvy enough to break into the business, but the obstacles between getting started and opening a store are challenging – regulations differ from city to city, product can’t cross state lines, the licensing process is extremely competitive and site selection can be a headache.

“The difficulties you hear about are very real, but we mitigate the risk our franchisees take,” said Unity Rd. COO Mike Weinberger, who has nearly two decades of franchise industry experience. “Our team of both cannabis and franchise industry veterans command the most direct route into the market for those who lack the personal experience necessary to compliantly and profitably operate a dispensary.”

Alesia Visconti, CEO and publisher of Franchise Dictionary Magazine said, “Franchising itself is a game changer because it allows people to step into business ownership quickly and successfully, and with support. Each step along the way is explained so people can enter business ownership without the stress of going it alone. A brand that makes our 100 Game Changer issue sets itself apart.”

The marijuana franchise launched in 2018 and has multiple agreements signed with nine entrepreneurial groups across the United States for development in Colorado, Michigan, Missouri, Massachusetts, and Ohio, among others. Unity Rd. partners with industry newcomers, existing multi-unit franchisees who are looking to diversify their franchise portfolio as well as existing dispensary owners or operators. Total investments range from $1 million to $2.5 million, including a $100,000 franchise fee for a single unit or $250,000 for three units. Those interested in becoming a Unity Rd. franchisee should have access to a minimum $1 million in liquid capital. Franchisees may be owner-operators or passive owners with a designated, experienced manager running operations.

Unity Rd., the retail brand of ONE Cannabis Group, is bridging the two previously disconnected worlds of cannabis and franchising. The industry trailblazer is the first to bring the cannabis dispensary franchise model to the United States—with duality of prowess in both industries to back it up. Built up from the legacy of Green Man Cannabis and infused with decades of franchise experience, the company helps eager operators enter the complex industry with ease. The marijuana franchise pioneer offers its partners the knowledge, resources, and ongoing support needed to compliantly and profitably operate a dispensary. Unity Rd. is powered by ONE Cannabis Group, which is a Colorado-based, vertically integrated cannabis company. Recently, it was named one of the top cannabis retail leaders in the nation by MJBizDaily magazine. It also recently became the first cannabis business to earn a Franchise Times Dealmakers award – a recognition presented to the boldest players driving mergers and acquisitions in franchising. For more information, visit unityrd.com.