Check out these other industries related to Charleys Philly Steaks.

“Our goal is to reach 3,000 stores in the coming years,” says Charley Shin, CEO and founder of Charleys Philly Steaks. “We’ve been growing at about 60 stores a year for the past several years, and about 70% of our growth comes from our existing franchisees reinvesting in the brand – which is extremely positive. We exist to help our franchisees become successful in business, and we want to help as many entrepreneurs as we can. This brand has never been more successful than it is today, and we’ve never been more excited about the future.” 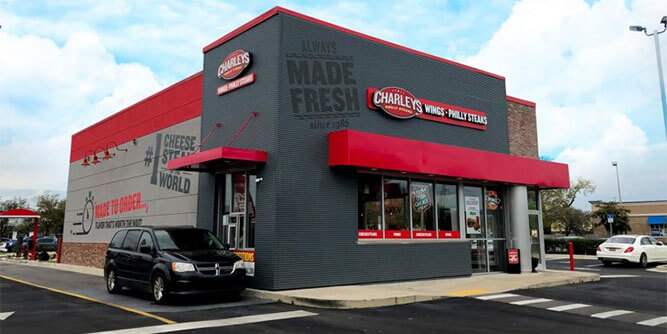 Ever since Charley Shin persuaded his mother to invest her savings in a relatively unknown cheesesteak restaurant right across the street from The Ohio State University campus in 1986, he’s lived by three words: Make Customers Happy.

At the time, the cheesesteak was relatively unknown outside of Philadelphia, and Charley grew his business one cheesesteak at a time. In 2020, the cheesesteak is a wildly popular sandwich, appearing on menus from pizza chains to chic, high-end restaurants. Today, Charleys Philly Steaks is the largest cheesesteak franchise in the world, largely because of Charley’s commitment to delivering an exceptional customer experience.

“We know that in the United States, nobody eats because they’re hungry – customers want an experience,” Charley says. “We’re always working on ways to increase our customer base, and by adding wings to our menu, we get to broaden our appeal. Our cheesesteaks are already head and shoulders above anything found in Philadelphia, and we’re just going to continue to treat our customers as individuals and ensure that they’re happy when they leave our restaurants. This has been the secret to our success.” 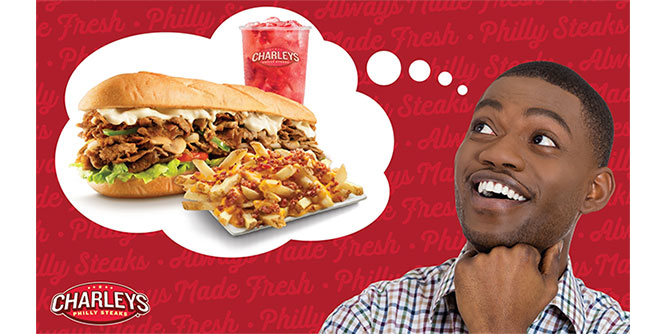 We want to hear from you! Share your opinion with other entrepreneurs interested in Charleys Philly Steaks.

Please complete the simple form below to submit your review.

*This field is required
PLEASE NOTE DISCLAIMER: This brand page has been paid for by Charleys Philly Steaks. Content within this page that is paid will showcase a Sponsored icon. This means the brand has engaged Franchise Clique to write the content. Content without the Sponsored Icon is either aggregated media placements the brand earned or content the brand has created on its own. Questions can be sent to info@franchiseclique.com. This information is not intended as an offer to sell, or a solicitation of an offer to buy, a franchise. It is for information purposes only. Currently, the following states regulate the offer and sale of franchises: California, Hawaii, Illinois, Indiana, Maryland, Michigan, Minnesota, New York, North Dakota, Oregon, Rhode Island, South Dakota, Virginia, Washington, and Wisconsin. If you are a resident of or want to locate a franchise in one of these states, we will not offer you a franchise unless and until we have complied with applicable pre-sale registration and disclosure requirements in your state.

Selected of 10 Brands
Remove All
Note: all fields are required
By pressing Submit Information Request, you agree that Franchise Clique, websites, our network and businesses you selected may call/text you about your inquiry, which may involve the use of automated means. You don’t need to consent as a condition of any purchase, and you can revoke consent at any time. By clicking SUBMIT you consent to sending the details on this form to the franchises listed above. We NEVER sell or share your information with any other third parties. We also do not accept solicitations from third parties. You also agree to our Privacy Policy & Terms of Service.